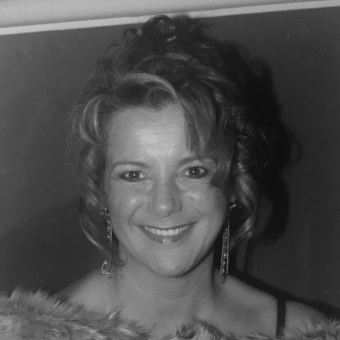 Cheryl has been a member of the BDF since 1980.

Having started dancing at the age of nine at Patric Plumbs Studios in Wimbledon has had a successful career competing as a juvenile, junior, youth , amateur and professional. Amateur titles include British youth Latin Imperial Latin Laird classic Latin London Latin Greater London Latin and was a finalist in all major Latin championships.

As a professional titles include Wessex Latin London Latin Classic du Quebec and was a finalist in the World Cup 10 dance championships.

Once retired from competing, travelled the world on the QE2 doing cabaret and teaching! Then settled In Southampton and opened ‘On your toes dance studio’. Which ran for 12 years teaching all age groups , levels before re locating to Devon where she continues to teach as well as adjudicating many major championships throughout the year .